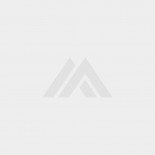 Scott Entz is an associate with Boudreau Law. Scott received his Call to the Bar of Manitoba in 2013. Shortly after his Call, Scott travelled to many different countries around the world and experienced a variety of different cultures and legal systems along the way. This experience has given Scott excellent comparative perspective to the legal structure and laws of Canada.

Scott was born and raised in Winnipeg, Manitoba. Scott attended Glenlawn Collegiate before pursuing his post secondary education at the University of Manitoba.  Scott achieved his Bachelor of Arts degree with Distinction in 2009. Scott’s undergraduate studies were in the areas of sociology, psychology and economics. After his undergraduate degree, Scott obtained his Juris Doctor degree from Robson Hall, Faculty of Law, at the University of Manitoba in 2012.

• University of Manitoba
Bachelor of Arts with Distinction Degree (2006-2009)